Today, on World IBD day, I look back at the journey that I have taken while living with inflammatory bowel disease.

Just when life seemed to finally be back on track, another obstacle came my way. Having lived with childhood arthritis from the age of three, I had grown up knowing nothing else but the daily pain, physical restrictions and constant trips to the hospital. Between the ages of seven and 11, I had a particularly rough time, as the disease became worse and worse, and the treatment that I was taking had some pretty nasty side effects.

At the age of 11, I was changed onto a new treatment – a biological injection called Etanercept, which made such an enormous difference to my life. I was finally able to get around better, and most importantly – I didn’t feel sick every weekend! It felt like a miracle. Unfortunately, that feeling didn’t last too long. At the age of 12, while in my second year of high school, I began to develop the symptoms that would later be diagnosed as Crohn’s disease. The journey to that diagnosis was a hell of a ride.

Fighting for a diagnosis

We fought over twelve months for a referral to a paediatric gastroenterologist. I say we, it was mostly my parents. I felt as though my voice had been lost. I was dealing with excruciating abdominal pain, the embarrassment of having to run out of class to go to the bathroom with diarrhoea, and a genuine fear of having to use the public toilets in school in case other pupils laughed at me. Silly I know, but deadly serious to an insecure teenager.

Despite the in-depth description of symptoms to the local doctor and hospital specialists, I was repeatedly told that the only thing wrong with me was constipation. Moreover, doctors went on to say that I wasn’t really having ‘proper’ diarrhoea. It was what they called overflow in people who are constipated. The answer? Prescriptions of laxative – which I hated with a passion. Sitting at home on the sofa, heaving with every sip of the lemon-flavoured gloop that was supposedly going to make me feel like a new person.

Surprisingly enough, nothing changed! My mum had repeatedly requested for a colonoscopy to be done to rule anything out. As she has diverticulitis (bulging sacs that appear in the lining of your large intestine that can become inflamed), we began to wonder whether this was the same with me – we were running out of other options! We were told that it wasn’t ulcerative colitis or Crohn’s disease – quite definitively.

According to medical notes, I hadn’t really lost any weight and my inflammatory markers were elevated but relatively normal given my existing inflammatory arthritis diagnosis. Perhaps why I hadn’t lost any weight was because I was still be treated with steroids (which have a natural tendency to make you balloon!)

Planting the seeds of doubt

Anyways, after months of fighting, I finally saw one paediatric gastroenterologist who decided to investigate using a colonoscopy and endoscopy, promising to use the endoscopy camera first! He seemed quite certain that it wasn’t ulcerative colitis or Crohn’s disease. In my own head, and without sharing the anxiety with anyone whatsoever, I began to question whether it was all simply in my head.

These fears and uncertainties manifested, and in the weeks leading up to the camera investigations, since nobody seemed to know what it was, I had convinced myself that it could be bowel cancer – the disease which prematurely ended the life of the grandmother I had longed to know but had never met. Could it be that? Could it be hereditary? Am I going to die? It was quite simply one of the most unnerving and difficult times in my relatively short life so far.

Monday 21st April 2008. No bag was packed, as the plan was a day case admission for the camera investigations under general anaesthetic. I’ve purposely left out the description of consuming the colonoscopy prep – I feel sick just thinking about it now! I walked down to theatre, the magic stuff was injected into my veins and I quickly drifted off into an unknown place. The earliest memories I have post-investigations was feeling incredibly sore (presumably where the biopsies had been taken), and I was lay in bed in a side room with my mum and dad by my side. Very shortly after, I remember the consultant coming into the room, before sitting on the side of the bed. “Simon, I’m so very sorry…”

Before he had chance to finish his sentence, the worst thoughts came rushing through my head. “I never expected to find what I have found – it took us all by surprise.” He then told me that I had Crohn’s disease, which was identified without 5 seconds of the colonoscopy procedure (and confirmed with the biopsy results). He then went onto say that as well severe ulceration throughout my intestine, my entire oesophagus and stomach was ulcerated too. After further descriptions, he finished by saying, “I’m sorry that we didn’t believe you.” After years of suffering, someone had finally listened to me. Despite the diagnosis, it was an incredible sense of relief.

Grieving the loss of your former life

That relief, unfortunately, was short-lived. On the night when I was diagnosed, my parents had left to get some food. I was in a side-room, shut off from the rest of the world. All of a sudden, a wave of sadness flooded over me, and I burst out crying – sobbing myself to sleep at the thought of having this horrible disease until the day I die. It petrified me. Having read about Crohn’s during my fight for a diagnosis, I had read of so many people requiring colostomy bags as a result of Crohn’s disease, and this really did frighten me to death. It was all I could think about.

Treatment began almost immediately, and I had to stop the injecting Etanercept for my arthritis since it was ineffective at treating Crohn’s disease. My doctor also suggested a polymeric diet – a special liquid diet consisting of eight daily nutrient-packed milky drinks that I would need to take for eight weeks. This was on the presumption that I would not eat or drink anything else but water for that period. I managed day one, and then struggled trying to get all of these drinks down (ironically, I’m now lactose intolerant!)

It became even more tormenting when I tried returning to school on this diet, still feeling ill, and watching everyone else eat and go about their daily lives normally. I wasn’t ready to be back at school – physically and mentally (the latter unbeknown to anyone else because I tried to hide it, since I thought it was a weakness in my ability to cope).

As time went by, the polymeric diet did its job, and enabled my digestive system to rest after months and months of inflammation. I tried to observe patterns in foods which seemed to make me worse, but other than green salads and vegetables, I couldn’t identify much else. Over the years, Crohn’s disease has just become another part of my life. Combined with irritable bowel syndrome and lactose intolerance, there are days now when I haven’t the foggiest as to which condition is causing the symptoms… I suspect it’s a combination of them all!

Things will get better

This year marks nine years since I received this diagnosis, and it is true that time is a great healer. I’ve never forgotten, nor will I ever forget, the pain, heartache and challenges that I faced as a teenager with Crohn’s disease, let alone the other conditions that I was living with. However, I have learned to just live with my conditions, getting on with what I want to achieve in the way I want to do so. Recognising Crohn’s disease, arthritis, fibromyalgia, and all those other conditions as a part of who I am has enabled me to accept them, learn about them, and feel empowered to control and manage them as best as I can. 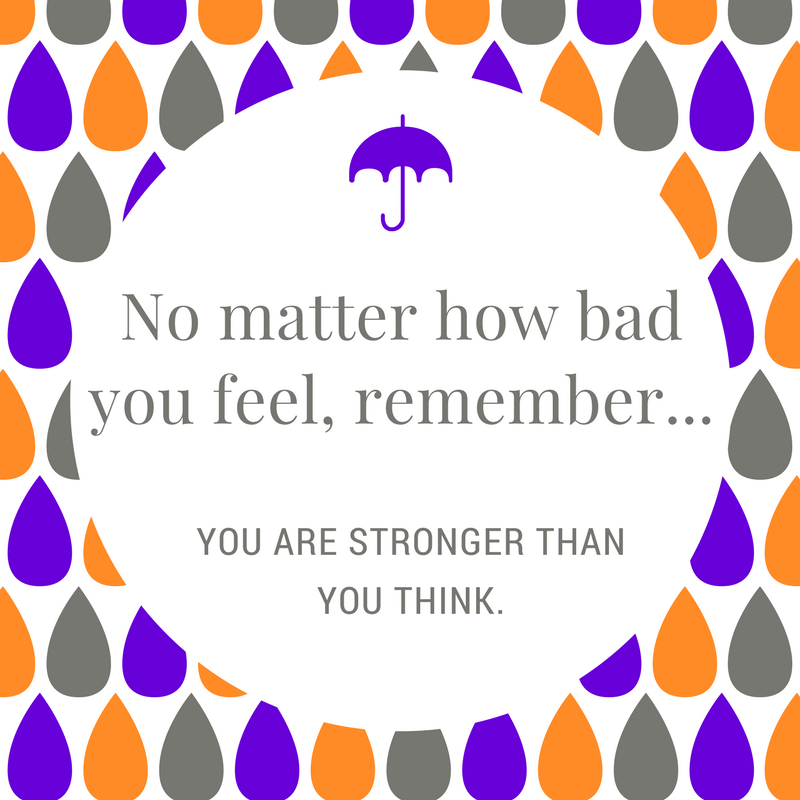 The Toilet Me and IBD, Crohn’s and Colitis UK and I are supporting #WorldIBDDay.